I have known Baileigh for a while now and she is just as beautiful on the inside as she is on the outside.  Baileigh decided to enter her high school pageant and wanted me to do her makeup.  I was so excited that she asked because I just love working with both her and her mom.

Baileigh wanted her makeup to stand out on stage but to still look somewhat natural.  I decided to do a soft, somewhat smokey eye with a bit of dark contour on the outer part of her eye.  I used grey browns to compliment not only her piercing blue eyes but also her dress.  I then added a bit of Anastasia Beverly Hills shimmer to make her eyes pop.  Dark, smudged liner topped with lashes completed her eyes.  Baileigh has flawless skin so not much airbrushing was needed.  I used Dinair Airbrushed foundation in Soft Glow for a matte look.  Then, filled in her brows, added contour (no shimmer highlight because of the bright lights… didn’t want her to look shiny on stage), pop of blush with a soft lip.  The result….a gorgeous girl that felt confident!

CONGRATULATIONS to Baileigh for winning the Miss Crimson Title (Winner of her Junior and Senior Class)!!!! 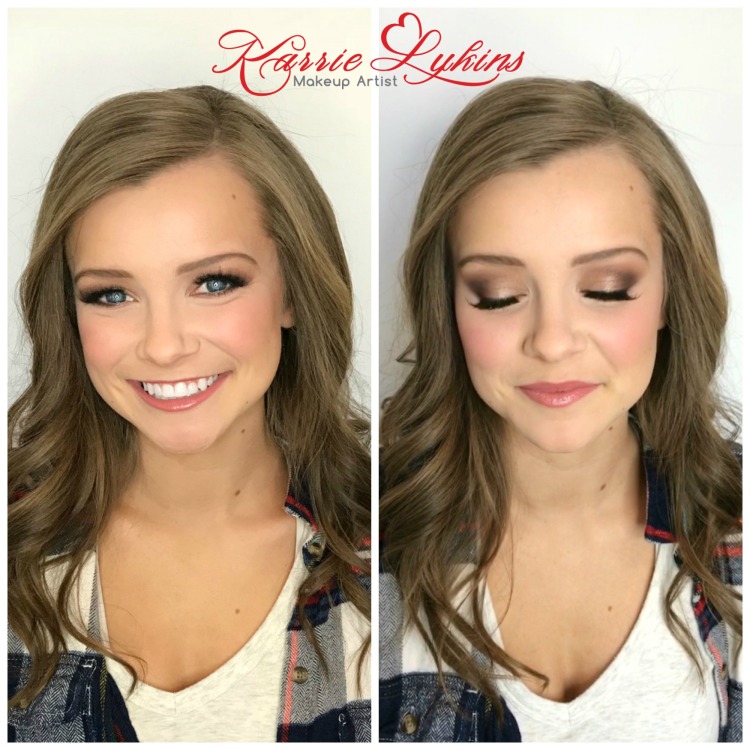 Details on her makeup….

Concealer:  IT Bye, Bye Undereye – Combo of light and medium

I am a wife, mom of 2 and a makeup artist. I love all things makeup, fashion and design! View more posts